The Daily City has scheduled summer series of food truck bazaars in different parts of Orlando. The Oviedo Food Truck Bazaar is the first in the series, and the first of the three Daily City bazaars scheduled for this June. Adam and I were earlier birds at the second bazaar, and were able to visit four restaurants on wheels in under a two hours. This time around, we got there at about six o’clock and toured the trucks for menu items that caught our attention.

This bazaar was the Brisket Bus’ debut. Customers were organized into one line to wait for a hostess, who wrote down orders, and customers would hand their written tickets to the cashier in exchange for a number. The line for this truck was a little on the slow side, but Brisket Bus asked each customer what exactly he or she wanted on their order. Adam and I ordered a Waterkist Tomato Sandwichwith miso mayonnaise and Swiss cheese on rye bread for $6, which included a side with a choice of either orzo or pickles and a drink.

This was definitely one of the must-have deals of the night. The sandwich was light and refreshing — exactly what Adam and I were looking for on a hot Florida day. The tomato slices were a thick and bright green; Chris from Eat Local Orlando mentioned the tomatoes were spoils from a local farmers’ market. I couldn’t taste much of the miso mayonnaise in the sandwich over the rye and juicy tomatoes, but this sandwich hit the spot. The orzo had an Italian slant with a blast of flavor from fresh basil, feta, and more juicy tomatoes. Ordering a vegetarian option from a brisket food truck seems criminal, but next time I hope to try their meaty offerings in much cooler weather. 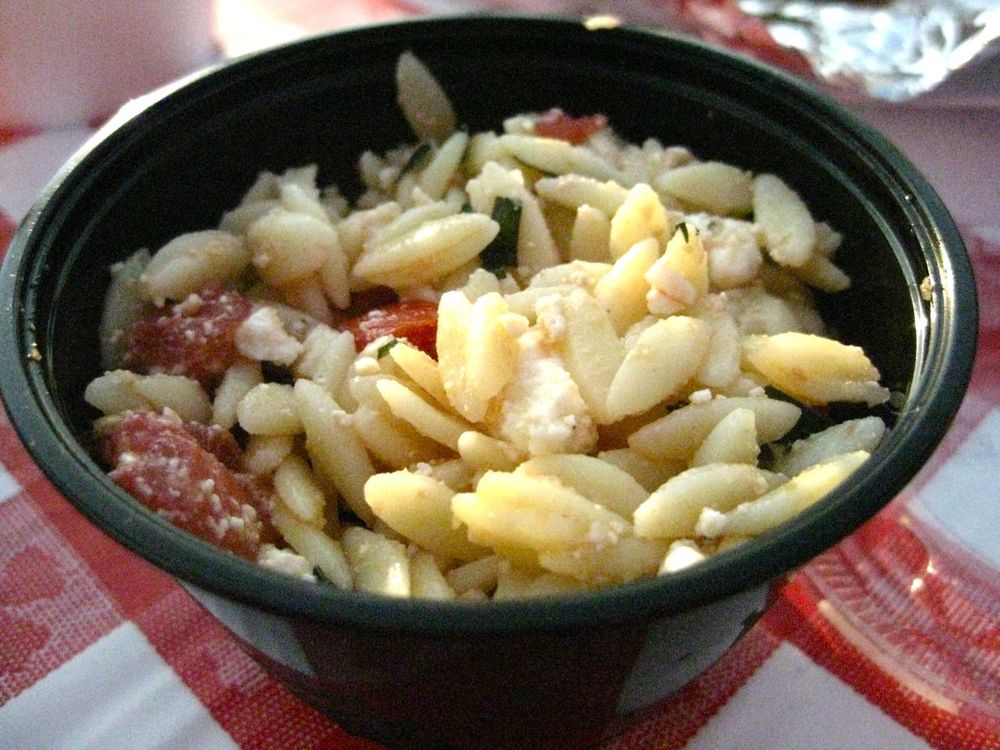 Adam waited at the brisket bus while I headed over to Sunset Ice with MegaYummo and Al to cool down with a few Italian ices. After a quick dash for cash, I brought back small Lemon and Strawberry Italian Ices at $2.50 a piece. The lemon was sweet, but had a satisfying lemony zing. The strawberry was also sweet and refreshing. I’m glad Adam and I were switching between the flavors because after a while of eating just one flavor, my tastebuds were too coated to fully appreciate the flavors without a little break. Both ices had visible zest and fruit bits, which was a delicious plus.

We left the bazaar for a showing of Midnight in Paris — an amazing Woody Allen movie about a Miniver Cheevy-style character — with the full intention of leaving for home right afterward. Then, we saw hardly any one still at the bazaar thirty minutes before closing, so Adam and I ordered two Key Lime Cups from the Travelling Gourmet for a sweet touch to already an fabulous night. The Key Lime filling was creamy and tart with a crumbling graham cracker bottom. The cups were topped with meringue and a pinch of lime zest, which gave the cups an even bigger kick of flavor. 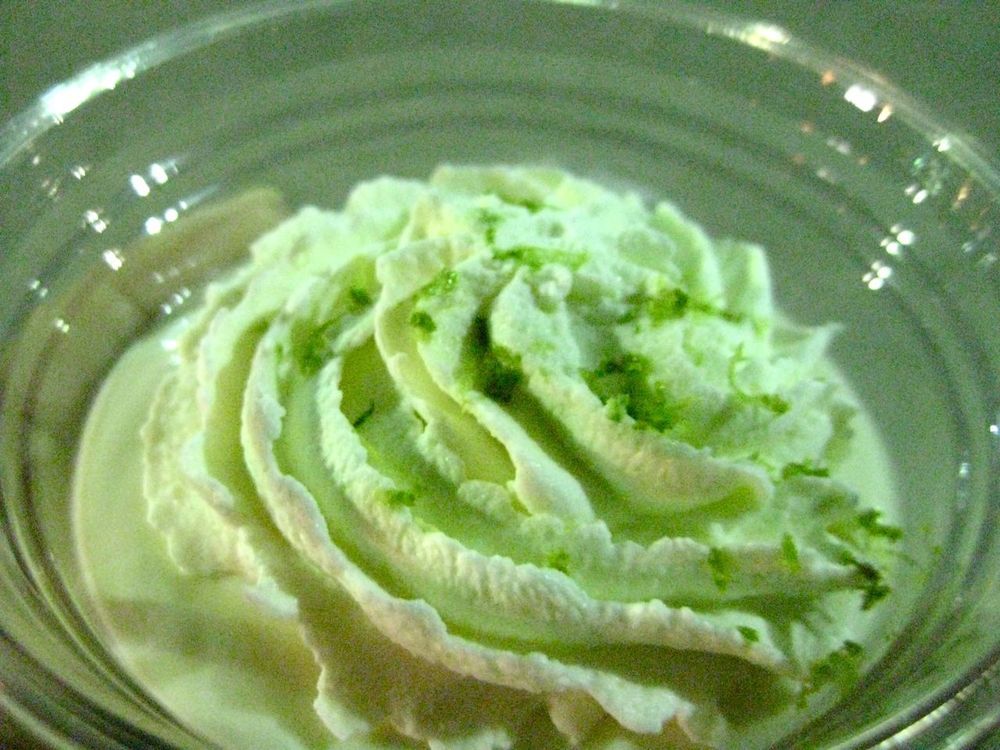 I did not have a chance to try Mama’s Fixins — a soul food option that also just debuted — this time around, but something tells me that their portion sizes demand my full attention during my next food truck pod visit. Check out The Daily City for more information regarding their upcoming Food Truck Bazaar Summer Series.