Tales of the inaugural Daily City Food Truck Bazaar made the whole experience sound so harrowing. I’m glad to say this bazaar went smoothly and everyone was on their way to getting fed! There were still crowds, and the lines were as long as expected, but people were excited to be there and try new food. There were about fifteen food trucks, although I didn’t see The Taco Lady, so my count was only fourteen food trucks. The upbeat, old school music was rad! There was also a Yelp and a food bloggers’ table with cool T-shirts.

I usually gravitate to Big Wheel Provisions –– those bacon fries will be my undoing –– but Adam and I started the bazaar in tandem at Pupusas Salvadoreñas and Travelling Gourmet. We arrived at the bazaar about thirty minutes before 7:00 p.m., so the lines were for all the food trucks were still relatively short. Adam ordered the Tradicional at Pupusas, which included two chicken-stuffed tortillas, a savory dipping sauce, and a cabbage-lettuce salad in a vinaigrette for $2.50. The juicy, pulled chicken evenly filled the thick tortillas, which reminded me of thick naan. The dipping sauce was similar to sofrito; an herb mix of garlic, onion, peppers, culantro, onions, and tomatoes cooked in olive oil. A classic cabbage salad was a cornerstone of many meals when I was a kid, so I was glad to have something light to between bites of the pupusas.

The portobello, goat cheese, and pesto sandwich at Travelling Gourmet –– which debuted at the bazaar –– called my name! The mushrooms caps were flavorful, which gave the impression of a marinade, but Chef Silvia later confirmed she used olive oil, salt, and pepper. The French-style bread rolls and mushrooms were gelled together by even layers of creamy goat cheese and fresh pesto. The sandwich included a side of thinly cut, crisp plantain chips and a black bean salad with tomatoes, cilantro, corn, and possibly tiny cubes of cheese in a light vinaigrette. Everything on the plate complimented each other, was delicious, and was the perfect portion size.

Next, was Firehouse BBQ with their two sliders with one side for $5 special. Adam and I ordered one beef brisket slider and one pulled pork slider with loaded red potato salad. When there’s anything with potato on a menu, I find it hard to avoid ordering it! I was a little wary of how much barbecue sauce was going on these sliders, but I was glad to find that the sliders were topped with a moderate amount of sauce. Extra sauce was available on a nearby side table with utensils and the all-important, barbecue-eating staple, hand wipes. The chunkiness of the beef brisket won me over the pulled pork, but that’s more a personal preference than a reflection on the the sliders themselves. Both sliders were delicious, by the way. The loaded potato salad almost looked like a Publix side item, but the sour cream, cheese, chives, and dill made this potato salad so much better! This salad cooled any residual spice from the barbecue sauce, and was tasty on its own. I am partial to potatoes, but this was a tasty salad.

Adam and I decided to snag a small pineapple and lemon Italian ice from the Merritt Island Italian Ice truck, Sunset Ice, so we’d have something to munch on while long line for Yum Yum Truck’s cupcakes. We weren’t lucky enough to arrive in time to sample the carrot cupcakes,  but we cajoled each other into ordering four cupcakes for the road; two lemon with meringue, one peanut butter, one chocolate with buttercream for the road. Since the crowds were only getting thicker, Adam and I headed home to enjoy a few of our cupcakes. I’m happy that the Food Truck Bazaar was such a success, and I look forward to many more food truck events. 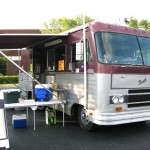 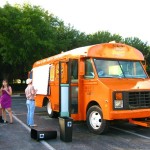 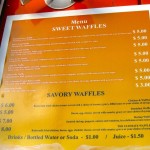 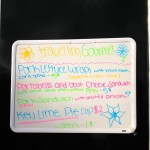 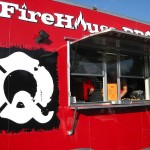