There are no Thai restaurants beside Orlando International Airport, and with weekday lunch rush traffic in full swing, I always think twice about a trek toward North Semoran Boulevard for lunch. Luckily, Thai Island Orlando Restaurant opened only several months ago and is about ten minutes from the airport. The restaurant is located in Conway Centre, which is a small plaza that is the also home to a Colombian bakery and another Hispanic eatery.

MegaYummo and I met for a quick lunch, and were the only the people in the restaurant at one o’clock in the afternoon. The waitress was kind and attentive – she even brought over two small, complimentary plates of what may have been their Cheese Bikini. This appetizer was a plate of two fried wontons stuffed with fluffy marinated cheese. Crab rangoons and their overwhelming cream cheese filling take a back seat to these  wontons. The filling complimented the crisp, outer wonton, and the thin sweet chili dip cut through the savory flavors without overshadowing them. 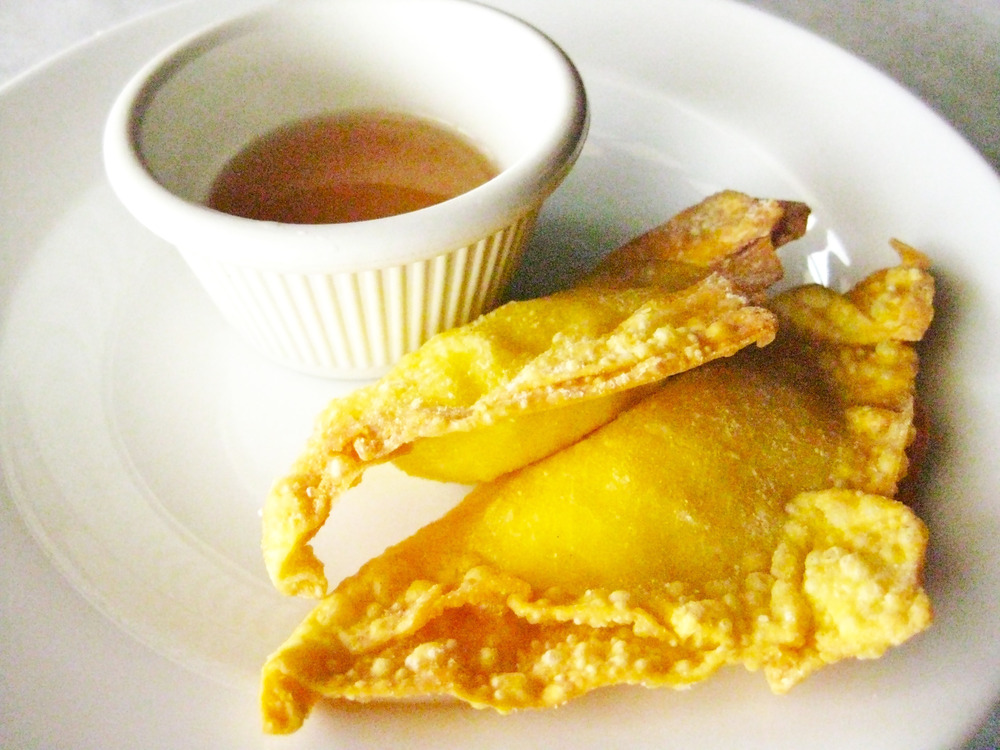 Our lunch entrées were a seafood Tom Yum and the Vegetable and Tofu Ginger Pad Khing. I was so engrossed in the conversation and my delicious Pad Khing, that I forgot to ask MegaYummo for a sample of her soup! From MegaYummo’s initial impression, I know I’m going to order a soup of my own next time I visit. The large shrimp, slices of calamari, and fresh herbs looked too good to resist a second time. 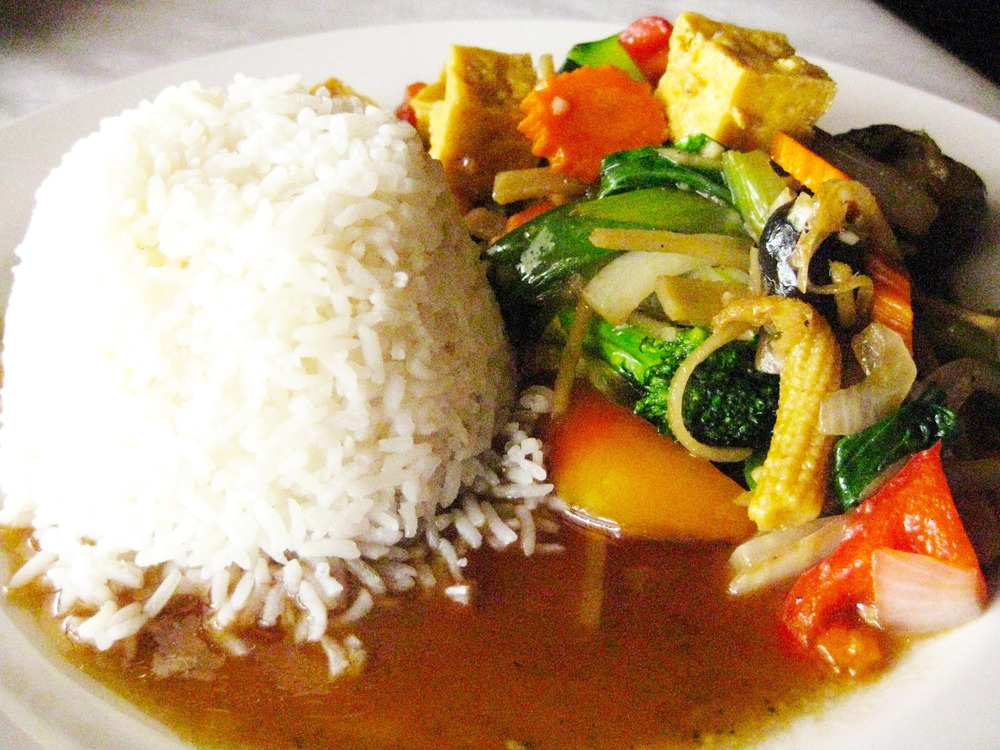 The sautéed tofu in the Pad Khing was served in large, but bite-sized cubes alongside juicy peppers and other vegetables. The peppers, onions, and black mushrooms were plump and soaked in the light, savory flavor of the broth at the bottom of the dish. The steamed Jasmine rice helped calm down my taste buds from the fresh slices of ginger throughout the dish.

Thai Island Orlando Restaurant has a calm atmosphere and delicious Thai at unbeatable prices. The chef-owner, Ms. Cookie, is originally from Thailand and a delight! She gave our visit a personal touch and made sure the meal was up to her standard. I’m looking forward to visiting Thai Island again soon with a few more foodies in tow for lunch and dinner, for sure. 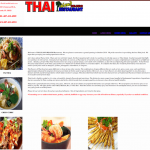